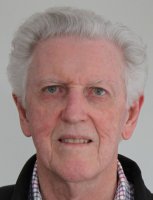 At about the same time he joined the Astronomical Association of Queensland (AAQ) and has remained an active member ever since. He holds the position of Director of the Variable Stars Section and has served on the Council of the AAQ at various times as a member, Treasurer and General Secretary. Subsequently, he became involved in photoelectric photometry, then DSLR photometry of delta Scuti stars which resulted in several publications in the Journal of the AAVSO. Currently, he actively pursues photometry of eclipsing binary stars and submits observations, mainly of EW type stars, to the database maintained by Variable Stars South.

This paper describes times series variable star photometry performed on images taken with the 12 bit monochrome ZWO ASI1600MM CMOS astronomical camera, coupled with a ZWO electronic filter wheel. Images were taken through a 120mm f/7.5 refracting telescope on a Sky-Watcher HEQ5 Pro mount, and more recently a Canon 200mm f/2.8 L II USM telephoto lens on a Sky-Watcher Star Adventurer Pro star tracker. The presentation concentrates on the strategies used by the author to optimise the precision of photometry given the limitations imposed by 12 bit ADC (analogue to digital conversion). The range of linearity varies with the gain and the sensor has a linear response until close to saturation. The gain chosen is determined by the brightness of the star. When possible, a gain of 1e-/ADU (139 dB units as defined by the manufacturer) is used and the exposure is set to be as long as possible without saturating target star images. Exposures longer than 120 sec are not used with the Star Adventurer as it is not autoguided. For the brightest targets studied by the author (e.g., Eps CrA, V mag. 4.9) the gain (for images taken through the 200mm lens) is set to 5e-/ADU (zero dB units), otherwise saturation would occur at very short exposures. Images during 2022 have been taken through a red astrophotography filter, and non-transformed magnitudes reported as values in the Cousins R band, since the transformation coefficient Tr_vr is close to zero. It has been the author’s practice to defocus the images to use longer exposures, and thus to maximise the number of photons captured and increase the signal to noise ratio. However, trials have been conducted recently with in-focus images. Some of these have been successful, but others have resulted in suboptimal precision. For bright stars such as Eps Cra, defocussing is essential even at a gain of 5e-/ADU because the very short exposures otherwise needed to avoid saturation yield poor precision. The above results have been achieved with stars of 9th magnitude and brighter.